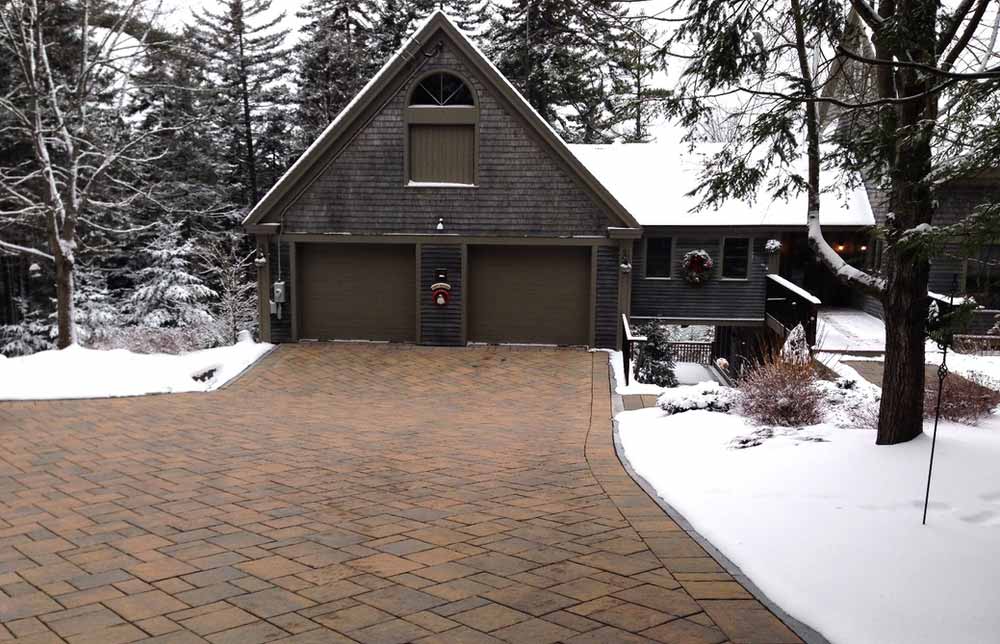 Hydronic systems get their name from the fact that they use water, well a mixture of water and glycol, as the medium of heat transfer. A heat source, such as a boiler, warms the fluid to a predetermined temperature. A circulating pump will flow the fluid through the system which will consist of tubing, heat exchange panels, or both. The tubing or panels are installed beneath the paved surface. The energy from the warm fluid will transfer into the cooler paved surface and raise its temperature. If the surface is warm enough, the snow will melt and evaporate, or runoff into a drainage system.

Hydronic systems generally have higher first costs due to the mechanical system required for operation. However, they are much more efficient to operate compared to electric systems due to the cost of fuel which depends on the source of heat used. This makes them more suitable for larger areas where higher energy output is needed. Hydronic ThermaPANEL systems can also be used to collect solar energy creating a potential for system payback.

Electric cable systems are much simpler in terms of moving parts. Instead of water flowing through tubing or heat exchange panels, the heat is created from an electric current traveling through resistance cable. The electric current heats up the cable and the energy is transferred into the paved surface through bedding sand.

ThermaPANEL hydronic systems are specifically designed to heat and cool pedestal pavers in a variety of construction methods and applications. Recently, electric cable manufacturers have begun laying their cable systems in metal trays to heat pedestal-mounted pavers. These systems still have the advantage of first costs but are more expensive for long-term operation and larger areas. They also lack modularity and ease of repair and the ability to provide comfort cooling.

For more information on snow melting systems for pedestal-mounted pavers, download our brochure or contact us today.